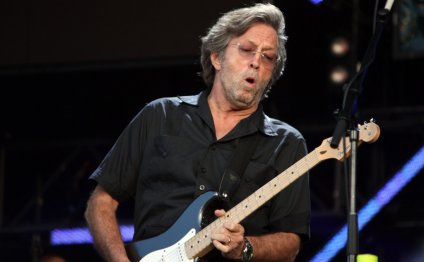 Hey everyone! Today we’re going to take a look at 5 basic open-string chords on the guitar that you can use to play dozens of popular and easy guitar songs. I’ll show you how to read guitar chord grids, and give you tips on memorizing and playing these important 5 guitar chord shapes. We’ll also take a look at a chord-change exercise that will help you get your chord playing chops up to speed in no time.

I. Chord-Grid Notation Explained
Along with guitar tablature (or ‘tabs’), chord grids are an important shorthand method of notating guitar music. Although it is important for all guitar students to eventually learn to read music notation, tablature and chord grids are usually a better option for beginners who just want to learn simple rock, pop or folk songs quickly (without the hassles of spending six months just learning the notation). Remember, the notation is just a means to an end, and just another way to learn something you’ll play on your guitar.

With chord-grids, you are looking at a simple diagram, or snapshot, of the guitar neck. The guitar is oriented so that the headstock is pointing upward, horizontal lines represent the fret-wires that separate the frets (spaces), and the vertical lines are strings.

Dots inside the diagram represent left-hand fingers, which are placed over the string inside the indicated fret. For the ‘A’ chord pictured here, all three fingers sit inside the second fret. Set your fourth (pinky) finger on the 2nd string, your third (ring) finger on the 3rd string, and your second (middle) finger on the 4th string.

Often the left-hand thumb will stay anchored on top of the neck to deaden the sixth string. This is called a flesh mute and allows the guitarist to strum all six strings so that only five strings are heard.

III. Tips for Memorizing and Playing Chords
Once you understand the notation, the next step is to get the chords down by memory. In some cases, the chords can be remembered easily by comparing them to geometric shapes. If you connect the dots inside each grid, you’ll see that the ‘A’ is a straight line, the ‘C’ is a diagonal line, the ‘D’ is an equilateral triangle, and the ‘G’ chord forms an isosceles triangle.

After you have the chords memorized, it’s time to check each chord string-by-string to ensure all the notes are sounding. Pick through each string going downward from the bass strings to the treble strings. Listen closely to verify each note. If a string is muted, try resetting the fingers so they sit higher on the fingertips. Make sure the fingers do not touch against any open strings, thereby dampening them.

Practice changing between any two chords using this simple drill. Play each chord on beats 1 & 3, lift the fingers completely on beats 2 & 4, and repeat. Make sure to set and remove all the fingers together (simultaneously). By doing this for a few minutes each day, you will learn to do fast and clean chord changes in the left hand, the key to playing chord songs well.

V. 20 Common Guitar Songs Using Only A, C, D, Em, and G
Now that you’ve mastered these essential chords, you can move on to learning tons of songs. Here’s a list of 20 easy guitar songs that use only these chords:

13. Story of My Life (Social Distortion)

Kevin B. is a bass guitar and guitar teacher located in La Crescenta, CA. He has been a guitar player for 26 years, and is an expert in most guitar and electric bass styles, including rock (alternative, classic, rockabilly and metal), blues, folk, classical and country styles.

How to Get the Most from Your YouTube Learning Experience Want to improve your playing, but don’t have money or time to dedicate…