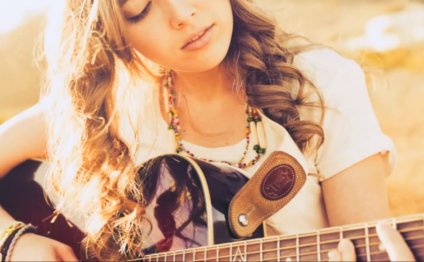 Welcome to video three in the Beginner Guitar Quick-Start Series. In this lesson, we’re going to go over the numbering systems for the guitar, including the system to use for your fingers, the frets on the guitar, and for the guitar strings. This lesson may seem very easy to you, but it’s an important lesson. Knowing these systems inside and out makes all of your future guitar lessons a lot faster.

We’ll begin with the numbering system for the fingers on your fretting hand. Your index finger is your first finger, middle finger is your second finger, ring finger is your third finger, and your pinky is your fourth finger. I’m sure this seems simple to you, but when you begin reading chord diagrams, scale diagrams, tabs, and sheet music, you’ll need to know which finger to use right away.

The last numbering system that we’ll go over is for the frets on the guitar, which are the metal strips placed along the fretboard. The first fret is the metal strip closest to the headstock of the guitar, and then it counts down from there.

You’ll want to test yourself on all the numbering systems so you can quickly go the fret you need on the right string and with the right finger. Take as much time as you need to get comfortable with all three systems by testing yourself, looking at tabs, and studying chords diagrams.

How To Play Acoustic Guitar for Beginners | Guitar Lessons ...