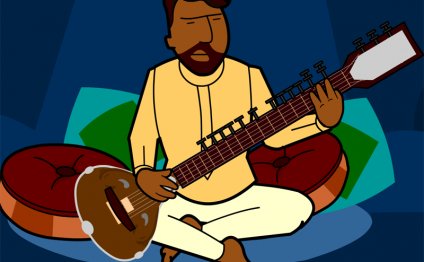 Do you have a CD player in your ESL classroom?

Or how about any other music-playing device?

All right, those of you who answered yes: Could you ever see yourself getting rid of your music player?

I hope you screamed no!

CD players and music have become a vital part of most modern classrooms.

With that being said, there are times when the use of music in the classroom is inappropriate or perhaps even harmful. One of my earliest memories of teaching students was having to correct a young high school student who, with good pronunciation, proceeded to tell me—in a vulgar and crude way that would require far too many expletives and asterisks to write out—what he was going to do over the weekend.

When I asked him where he had learned such language, he revealed that he was a big fan of the Wu-Tang Clan. In fact, the young man owned every single Wu-Tang family CD ever released. While the music had taught him a vast amount of vocabulary, and his pronunciation was very New York-esque, his inappropriate usage and understanding of the meaning of some of the words was a large drawback.

While the above is an extreme example, most teachers who have been working with music and English for a long time can think of their own cringeworthy moments involving music, foreign language and students. Whether it be overly contrived corny songs, inappropriate maturity levels (both high and low) or songs that leave students feeling shy and self conscious, the stories are endless.

The first hint for any teacher regarding the use of music is that it is a tool, not a panacea. Just like any other tool, it can be used appropriately for great benefit, or if used inappropriately it could be useless or perhaps even harmful. Just as a carpenter wouldn’t use a power saw to drive a nail, don’t use music where it shouldn’t be used.

1. Use Music as an ESL Warm-up

This tactic is especially useful when you have students who are coming in from a very static period, a boring period or one that was very stressful. For example, I had one class that I would consistently teach immediately following Japanese calligraphy class. For those who are familiar with Japanese calligraphy, the motions are supposed to be very exact, and the students spend the whole time sitting at their desks working on nothing but getting one particular figure or phrase perfect.

When you combine that with a teacher who required silence during this period, you can see the situation my students were in. They had been kept seated statically for the past hour—almost silently—and needed a change of pace before being able to do anything useful in terms of English.

In warm-up situations, keep in mind the mood you want to set for your period. Since I tend to prefer a class that is active but not frantic, I use lots of music that has a “rock” edge to it. When working with students that are already overly frantic, I choose slower, more mellow music. Either way, I choose the music to bring the students into the mood that I want them to be for that class period.

When choosing a song for warm-up, while mood of the music is paramount, do not forget about lyrics. Students need a few minutes at least to switch their minds from their native language into English. Try to find something with a decent “hook” or chorus that students can at least repeat consistently without feeling stressed. Queen’s “We Will Rock You, ” comes to mind, and while it may have very fast verses (many native speakers cannot even keep up, especially if you have a few beers in you), the iconic “we will, we will rock you, ” combined with the back beat make it a fun song.

Group singing is perhaps the easiest way to implement music as a warm-up. Remember, you want something that is quick, easy to understand and can be explained in just a few minutes at most. If you have to spend five minutes explaining how, you’re going to miss your window of opportunity. If you have a lower level class, just having them sing the “hook”/chorus is perfectly fine.

I prefer to let students move around as they like with this; a little dance or a little jive is great to set the proper mood. For lyrics, choose music that you have previously introduced, or something so simple that they can pick it up on the fly. Remember, we’re trying to get your students’ heads out of their books and papers in this instance—not having them read lyrics sheets.

2. Teach Natural Speed and Flow of English Speaking with Music

Once students have a basic grasp of your target language or the structure that you want to practice, a perfect way to work on speed and delivery of English is to use music. In this instance, I think using the numerous ESL-targeted music CDs is ideal.

While to a native speaker these songs can sometimes come off as a bit hokey or contrived, with a bit of gusto they can readily be used to get students repeating target structures and grammar in a faster, more flowing manner. Make sure you try to pick CDs that are marketed towards the age group you are working with, to minimize the “hokiness.”

When you use music to teach speed and flow, keep your body movements to a minimum. While sitting in their desks or standing in choral rows isn’t helpful, if students are spending as much brain power worrying about movements and dancing as they are about singing, something is going to get lost. This happens even for professional singers in their native language. When you add in the foreign language aspect, students will often let the unfamiliar language slip in order to embrace the somewhat more familiar physical movement. This is especially true when talking about large groups, where students will try to hide in the anonymity of the crowd.

After trying a new song through group practice, there are tons of variations you can do. Songs with multiple parts can be reviewed by breaking up the class into groups, or you could even try a full-on choir style of singing if you have experience. I’ve also used it as a game with younger children, pausing the CD at random points and having them fill in the blanks by singing the next phrase of the song.

This is great for all ages, from children through adults. Recently, anyone who’s been anywhere near a child can listen to them singing Disney’s “Let It Go, ” a runaway hit song that has been recorded in 42 different languages. Thanks to this song’s popularity—at least in Japan—there are now millions of children who can sing at least bits of the English version, as well as the Japanese version.

This worksheet covers vocabulary related to music, including English words for musical instruments, adjectives and expressions…

As a music educator, with experience teaching music to young children for over eleven years in various forms, I know weekly…