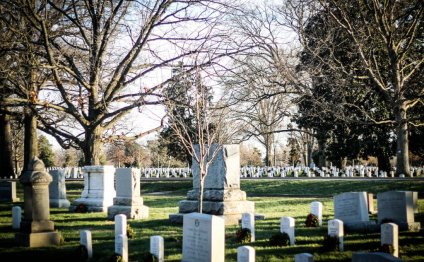 Gunther Schuller has defined Third Stream Music as “the result of two tributaries — one from the stream of classical music and one from the stream of black music — that have recently flowed out towards each other in the space between the two, leaving the main streams undisturbed, or mostly.”1 For Schuller Third Stream music fused “the improvisational spontaneity and rhythmic vitality of jazz with the compositional procedures and techniques acquired in Western music during 700 years of musical development.”2

When Gunther Schuller and I founded the Third Stream department at New England Conservatory, I broadened Schuller’s original definition very slightly. Why must the two tributaries represent only classical and jazz?3 Why not substitute one of the many styles and traditions of ethnic music? What would one label the vital percussive tribal music of Nigeria blended with the cries of the Ainu from northern Japan? About two years later my colleagues and I went a step further towards a clearer definition by describing Third Stream music as a label for an anti-label music. At the time this seemed the most relaxed and least doctrinaire meaning. But this still defines a finished product, an entity. During the last few months I have begun to use the term Third Stream as a verb. Now I am convinced that it is a process, an action, and if the final product must be labeled, a new term such as “salsa” will be coined, or it will carry the name of the author, e.g., Mingus.

I have talked with my colleague Larry Livingston, who is now vice president of the New England Conservatory and who feels that sometimes the newest word to be coined may be “streaming.” He says, “When a musician is ‘streaming, ’ he or she is realizing in public or other shared forums a private voice which is constantly being shaped, enlarged, and enhanced by the presence of other musicians who are ‘streaming’ — either in a common ensemble environment or in coexisting solo environments. In ‘streaming’ originality is as important as competence.”
To summarize, the three components of third-streaming are that it is a process, that the music is primarily improvised, and that like all great music, it is a deeply personalized vehicle for the soloist or collaborators.

However, my purpose in writing is not to record the evolution of a definition but to contend that it is the ear which really determines the direction a particular improviser takes, and accordingly the quality of the improvisation. It is the ear’s strengths (and limitations) which are the most important elements in the creation of an individual style, not the ability to reproduce memorized, virtuosic licks at roller-coaster tempos.
When musicians have this skill, along with imagination and perseverance as well as the ability to communicate, they are blessed. In our school curriculum it is the ear which is ignored in favor of analysis, reading of scores, and especially technique (although sometimes these pursuits are not mutually exclusive). Perhaps this would be a good opportunity to back-track.

I grew up improvising constantly, and in the late 1950s at Bard College, I finally persuaded the administrators to allow me to major in “jazz, ” only to realize by the time I was preparing my senior performance project that my music was not considered jazz by other musicians and peers, and eventually not even by me. I used the African aural tradition in acquiring and “composing” new repertoire, but my inspirations were Debussy, Bartok, and Stravinsky, with a little sprinkling of Pentecostal music. Later I became more exposed to black music but the only pianist I could honestly relate to was Thelonious Monk. After years of productive yet often frustrating study with outstanding “jazz musicians, ” I finally found myself when I studied with Gunther Schuller.

Later I joined him at the New England Conservatory, where we both realized there was a need for a department which could offer a nonrestrictive, disciplined approach to improvisation without taming the genius...