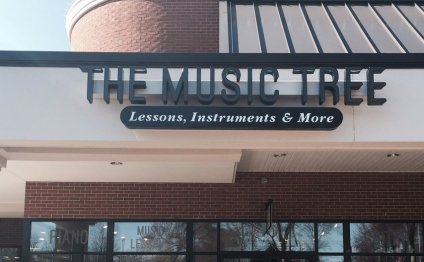 Thank you for visiting Sam Ash Music Stores
Your continued patronage of our stores has helped our business flourish for over 80 years, from guitars and other musical instruments to our instrument repair and rental service, we strive to fit all your musical needs. Your support and inspiration has helped us make Sam Ash Music Stores a fun and exciting place for musicians throughout the USA. If you are new to us, we hope that you will return often. If you are familiar with us, we think we have a few nice surprises for you.

Sarah Massey - Store Manager
Sarah comes from a musical family and began taking piano lessons when she was five. She has also been involved in many vocal endeavors, from singing in her church choir to various musical theater productions. She attended the University of Michigan, but later moved home to attend Virginia Commonwealth University. While in school and working for Outback Steakhouse, she came into the Richmond Sam Ash to buy a gift for a friend and saw a now hiring sign in the window. She interviewed and was hired that same day. In her 7 years with the company, she has worked her way up from a customer service associate to her current position. She is currently a member of two original bands based out of Richmond and has been involved in other local projects as well.

Jeremy Ratliff - Sales Manager
Jeremy has been in or around the music industry for most of his life, so it was a natural progression to work at Sam Ash. He was a touring sound engineer and was ready to leave road life behind when he came into the Richmond Sam Ash location for strings and saw the now hiring sign. He hit the floor running and hasn't looked back. That was 8 years ago. He is a gigging bass player in the Richmond area and has been involved in numerous projects from original and cover bands to a Kiss tribute band. As well, he still practices his engineering chops when he can.

Music Lessons at Sam Ash
It's never too late (or too early!) to learn how to play a musical instrument. And if you already play, a skilled instructor can help you improve your skills and take you to that next level of performance, and satisfaction! We offer private and group lessons suited to all levels of students and players; you can even join a band or ensemble! PLUS special student discounts on gear from the biggest and broadest on-hand inventory in music retail. Sign up today!

Instrument Repairs at Sam Ash
All musical instruments benefit from a servicing and setup by a Sam Ash expert technician. If your instrument is in need of servicing, modification or customization, bring it in to a Sam Ash Service Center and let us get you playing again!