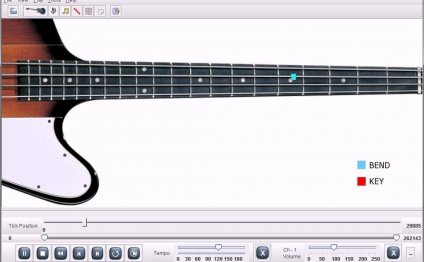 One player who made an indelible mark on Jackson recordings was David Williams. He performed on the Off The Wall, Thriller, Triumph, Victory, Bad and Dangerous albums - some of the most successful albums in recorded history. Jackson was even quoted as saying "I can hardly work without you." The superb funk playing on Billie Jean is one of Williams' most recognisable contributions to the MJ catalogue.

With funk guitar, it's important that the guitar tone is crisp and focused. Using his Ibanez Strat type guitar (with humbucker mode selected), David opted to use his Dunlop wah plugged into a PODXT set to a Blackface (Fender Twin) and a Vox AC30.

David played with numerous big names (Chaka Khan, Jackson 5, Bryan Ferry and Roxy Music) but the best albums to check out are Michael Jackson's Off The Wall (1979), Thriller (1982) and Bad (1987) albums. You may also like to check out his sparkling rhythm work on Madonna's Who's That Girl (1987) and Like A Prayer (1989). It's also David that played the riff part on Steely Dan's song FM.

Singing and playing at the same time is a much coveted skill and much remains a mystery. I have been playing and singing…