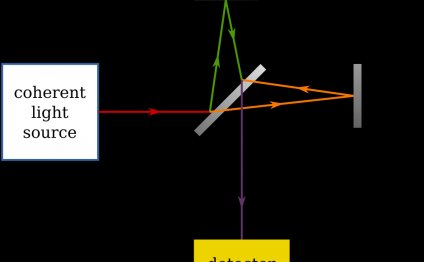 Growing up in the 1960’s, I remember hearing Roy Clark songs on the radio and later on our home stereo. “I Never Picked Cotton” was one of my granddad’s favorite songs; my mother was especially fond of “Right or Left at Oak Street.” I loved the big orchestral sound of “Tips of My Fingers” and Roy’s fast playing on guitar and banjo instrumentals.

When I got my first guitar and took lessons at the age of 12, my recital song was “Malaguena, ” inspired by Roy’s amazing rendition of the song. Playing that rudimentary version of “Malaguena” gave me special appreciation for Roy’s guitar artistry. It was fun watching him in drag as “Big Mama Halsey” and “Cousin Roy” on “The Beverly Hillbillies, ” and it was a special treat when he turned up on “The Tonight Show” as a guest, and later as a host. He seemed like such a regular guy, it was like one of our own had made it big. And, of course, there was Roy infusing his enthusiasm, musical talents and sense of humor into “Hee Haw.” My family loved Roy Clark. We still do.

I long wondered, “How could one guy play so many instruments so well, interpret songs so easily, and be so incredibly versatile, joyful and personable?” After spending an afternoon with him in Tulsa on February 12, 2014, I still don’t really have an answer, except to say that Roy Clark is all that, and then some. He’s very friendly, genuine and gracious, with an infectious smile and naturally-occurring likeability. And, for more than fifty years he has been one of America’s favorite entertainers.

According to Roy, members of the Clark family were “born with music already in them.” The Clarks are definitely a musical family. The oldest of the five Clark children, Roy was born in Meherrin, Virginia during the Depression. He grew up around hard work…and music.

Roy’s family moved from Virginia to Washington, D.C. when he was 8 years old. His father, Hester, worked in a saw mill and at the B&O Railroad and the Washington, D.C. Navy Yard. But, his favorite job, it seems, was playing guitar at square dances and on radio shows. He played in a country string band on WRVA Radio, and it wasn’t long until young Roy felt the urge to join the band.

Roy told me he was the only one of his boyhood friends who got into music. His father never encouraged or discouraged him, but he was always there to help, so Roy had what he calls “a built-in teacher.” He says his dad encouraged him to allow himself to be influenced by all types of music and entertainers.

His first instrument was a banjo, but he became enamored by the guitar when a neighbor came by the house, heard Roy picking on the banjo and offered him his guitar to play. Roy took a liking to the guitar and got one the next Christmas out of the Sears, Roebuck & Company catalog. He was a fast learner. At age 14, Roy appeared on his first television show on WTTG in Washington. He was billed as “Roy Clark and Dad” and sang “One Has My heart, the Other Has My Name.”

It wasn’t long before Roy was also playing square dances and radio shows. He played on Saturday nights, then added Friday nights, Sunday nights and Thursday nights. Despite his dad not wanting music to interfere with his schooling, by age 15 Roy was playing so much he dropped out of school to hit the road. It’s a decision, he told me, that he’s always regretted.

Roy won the USA Banjo Championship at age 17, which earned him $500 and a trip to Nashville to play at the Grand Ole Opry. It took him two and a half days to get to Nashville by bus, with guitar and banjo in hand, but only 45 minutes after arriving he got an offer to go on the road with Stringbean. That two-week tour took Roy through Colorado, Texas and Oklahoma and made him “somebody” in Nashville.

After the tour ended, he played a couple of nights at the Grand Ole Opry, then headed back to DC to play in “black” clubs, “cowboy” bars and “underground” bars, where he learned to play “fast guitar” and honed his comedy skills. Roy was a natural clown who used humor and fast playing to cover up his lack of formal education and musical training. He played “hillbilly” and “black” music, blues-influenced country, and rock-n-roll (country with a backbeat) and would do anything to please the audience. Roy was known to play the guitar with a water glass or his feet and did “nutty stuff” on stage.

In addition to music, Roy also loved sports. He was a pro boxer for a time (getting paid for winning 15 of 16 bouts) and a football and baseball player. He was a powerful hitter, good enough to be invited to a tryout by the St. Louis Browns baseball club, and his dad really wanted him to be a baseball player. Sports helped him get in shape. Roy says “when you’re just sitting on your butt and playing guitar you have a tendency to swell up.” But, he never made it to the tryout.

Roy married at the age of 17 and stopped performing for a while to work as a car hop. That, and the marriage, did not last. By the time he reached his 20’s, Roy felt himself deteriorating, but found that music was his salvation, so he turned back to music and he decided to go out and live life.

Back on the road, he played dances, barbecues, radio shows and clubs with Jimmy Dean and the Texas Wildcats. He learned the business side of music from Dean, and despite getting fired from Dean’s group, they forged a longtime friendship. I’ll tell you more about that later.

While he was on the road, Roy met performers including Elvis Presley (he played backup for Elvis), Charlie Daniels, Ernest Tubb, Grandpa Jones, Hank Williams, Red Foley and Andy Griffith. Griffith was also a blossoming star for his comedy routines like “What it Was, Was Football” and his role as Will Stockdale in “No Time for Sergeants” on the theatrical stage.

Welcome to HotLicks Guitar Shop! We are Southern Maryland’s Mega Music Store. We have proudly served the needs of musicians…

Which guitar should I buy? This is a question that most parents ask when their child is first starting out. More often than…