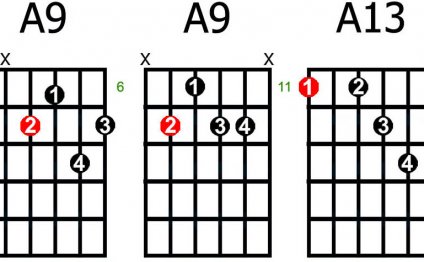 “And, of course, there was Cream. I still love to sit alone in a room and wrap myself up in that music. They created an amazing fusion of Blues and hard rock, and some of their most beautyful songs were covers.”
–

Let’s go back into the 60’s to learn a bit more about how to build up a Blues based guitar solo. The history of Cream is filling books, it was one of the first so called “super groups” in rock music. Bruce’s and Baker’s more jazz-based background together with Clapton’s Blues roots created a new magic music style, they were among the first who introduced long improvisations into modern popular music. And this is where we want to take a closer look at – building up a solo architecture like telling a good story instead of the flashy “look how fast I can play”-style.

No, not again all this scales and progressions stuff. You’ve read enough about it before, now it’s time to go one step ahead. You should know about the basics, have your favorite licks, but now you need to know more about the way you can use it. You should know how to express your thoughts while playing without thinking about scales.

Compare it with learning a new language. Imagine you’ve learned some words and some grammar too, but you still think in your native language and translate it back. That’s time consuming and doesn’t give you all possibilities the new language may have. A child learns to speak without any grammar. It gets a feeling for the words and sentences. That’s what we need for our guitar playing, too. The ability to think in music directly. You need some experience to do that, no doubt. A good way to train this is trying to play the songs or licks you’re listening to on the radio or CD or watching on MTV, VH-1, your favorite Blues DVD or video etc. and then trying to add your own ideas. Composing while playing.

This could be also entitled

“Why is someone playing with the speed of light not automatically the better (Blues) guitar player?”

The reason is that being able to play fast is useless if you don’t find the right notes in real-time, while playing. You can learn a song note-for-note, play it faster and faster, include tapping, sweep picking, palm-muted speed picking until no one can follow, but if you play your solo, you’re helpless. Speed is not evil by itself, a good technique as well, but it’s no end in itself. It’s more important to be able to express yourself through the guitar, that you know which notes/licks/phrases will move the audience. Sometimes a fast run is great to outline raw energy (like on the following Crossroads), but don’t overload a song running scales up and down. That’s boring. Shredding is nice if you want to build up some speed, but it’s a hard time to listen to. There’s nothing to discover.

Below I’ll discuss some songs from Clapton’s Cream era. Although I have to use tablature to explain some things, you should not simply copy them trying to sound like EC. Look behind and try to find out why it’s played that way and how you would have done that. Think in music.

Eric Clapton, please… vocals
– Jack Bruce at the end of the song

I’ve always had ‘Crossroads’ held up as, like, one of the great landmarks of guitar playing, but most of that solo is on the wrong beat. Instead of playing on the two and four, I’m playing on the one and three and thinking, ‘that’s the off beat.’ No wonder people think it’s so good-because it’s wrong!”
– Eric Clapton, April ’98 interview with Britain’s Mojo.

Robert Johnson composed (or modified a traditional) this Blues classic and recorded it in 1936. Many Blues greats from Ellmore James to Homesick James played their version of it, there’s also a movie where Ry Cooder played the soundtrack. Crossroads (“I went to the crossroads, fell down on my knees”) was among the first Blues songs which EC played in a completely new way, mixing it with Johnson’s Traveling Riverside Blues (“I’m goin’ to Rosedale, goin’ take my rider by my side”), he also sang the lead vocals. This one is the live version from the album “Wheels Of Fire”, with the timeline included from “Those Were The Days” (+ 9 sec.). It was recorded live at the Winterland Ballroom on the 10th March, 1968, EC played a 1964 (not 1961) Gibson SG. Later versions of Crossroads lack a bit of that fire, they were slowed down to a slow Blues or even reggae style.

Crossroads is a standard Blues in A (A7/D7/E7) with the beat going on 1 and 3 rather than on 2 and 4 (EC’s “error”, see the quote above). This one is good to start with because it’s short and uses the typical 12 bar chord progression even during most of the solos.

At first the intro, listen to it and assign the chord progression. The first 4 bars use the A chord (I) like: