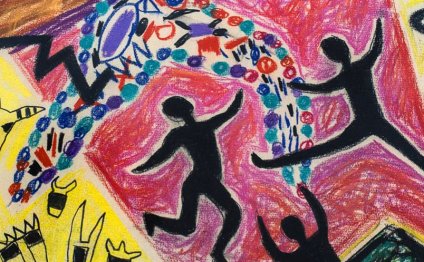 The following lesson is designed to be used after viewing all or part of Episode Four of American Roots Music. The video segment used in this lesson deals with how Native American music was repressed as part of an effort to "convert" Native Americans to Anglo U.S. culture. It documents the resurgence of various forms of Native American music, as new forms of music flower among various tribes and are performed at inter-tribal pow-wow gatherings. This lesson is appropriate for high school Music or Social Studies classes.

Students will be able to:
Analyze and discuss the relationship between music, culture and history.
Identify and discuss how music can be a tool for cultural survival.
Understand the role of music in the preservation of Native American culture.

Mid-Continent Research for Education and Learning

Episode Four of American Roots Music
To prepare for the lesson, teachers may want to learn more about Native American culture by visiting:

Why would the U.S. government want to keep Native Americans from singing their own songs and speaking their languages? Why is it no longer forbidden to sing Native American songs?
Source: www.pbs.org

Music not only has the power to stimulate the mind, enrich the heart and soothe the soul; it also helps you meet educational…