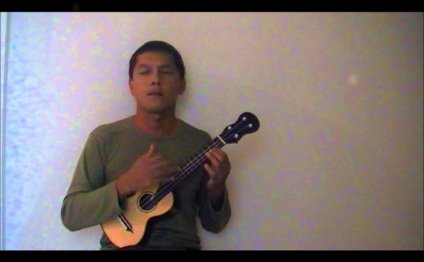 Welcome to part 2 of my series on the use of modes. The last part covered the basics of harmonic analysis. Here we go again with part 2. I will cover some more harmonic analysis, as well as how to use modes of the major scale. This is all essential knowledge for the use of modes. The song I picked for analysis was John Denver's Leaving on a Jet Plane... Here is my analysis of how the chords are working. The song is in the key of G. (I've also taken the liberty of adding 4 note chords, just so you can see they are treated the same).

I IV G C ALL MY BAGS ARE PACKED, I'M READY TO GO. I IV G C I'M STANDING HERE OUT-SIDE YOUR DOOR I Vi ii V G Em Am D I HATE TO WAKE YOU UP TO SAY GOOD-BYE. I IV Gmaj7 Cmaj7 BUT THE DAWN IS BREAKING, IT'S EARLY MORN, I IV Gmaj7 Cmaj7 THE TAXI'S WAITING, HE'S BLOWING HIS HORN I vii ii V Gmaj7 Em7 Am7 D7 AL-READY I'M SO LONESOME I COULD CRY.

Ok, so now we have a song with some scale degree's written above the chords. So lets look now at the modes of the major scale.

Ok. I have typed out the modes and their corresponding scale degree's. Are you starting to see it now? Each of these modes will fit straight over the corresponding chords in the song. For the I chord, you would use the G Ionian mode, for the IV chord, the C lydian. Em is the Aeolion mode, the minor scale..which a lot of people would see that if the song is in the key of G, Em is the relative minor. Am is using the dorian mode. Now I hope by this time people are starting to see how modes are used. It is important to know how a chord is functioning(which degree it is) to know which mode to use over that chord in any given progression. So in the key of G, modes correspond with the following chords:-

Hopefully you can start to see how this can be applied to songs in all keys. I am not going to show the fingering patterns for modes, as this can be found everywhere on the internet, especially all over this site. The thing that seems to lack is the information on how to use modes, and how they apply to the scale degree's of a song. Along your tracks you might also find that some chords that are functioning as a ii or a iii are 7th chords. For instance you may see C - A7 - F - G in a progression in the key of C. The A is still a second but its functioning as a secondary dominant in the progression. This is something to note, and for now, treat this as a ii chord, and in the next lesson, when we cover Minor Modes and Harmonic Minor modes, It will be explained much more in depth then. Next time: Minor key progressions, and how to use modes their, harmonic minor and the use of, as well as some other things found in analysis like "Key of the Moment" and some other principles used for improvising. Until next time...
Source: www.ultimate-guitar.com

How to play Leaving On A Jet Plane - Guitar Lesson

What s up, it s Mike from Guitar Tricks, teaching you Paint It Black as made famous by The Rolling Stones. This is an 60s…