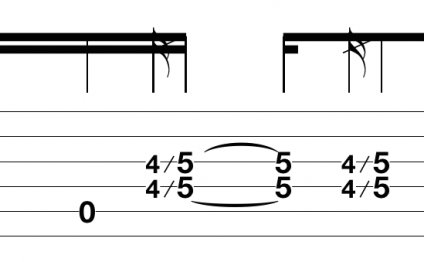 Many of us studying blues guitar with Keith Wyatt know that blues came out of the African American experience of working in the fields and singing in church. The Mississippi delta was a well-spring for the blues. As many African American folks migrated to large cities, Chicago became a Mecca for early blues musicians. Here are ten classic blues guitar songs that reflect that journey.

There is not much known about the life of Robert Johnson while he was still alive, although the music he left us with has grown to mythic proportions. Robert Johnson is well-known now because so many other famous musicians have picked up his music. If you listen to the original version here you’ll hear a slow tempo finger picking, slide acoustic guitar style. Check out the video below to hear Keith Wyatt’s great, up tempo version!

This is a 1970 version. B.B. was not a flashy player but he was the “king” of call and response and subtle phrasing.

“The eagle flies on Friday and Saturday I go out to play…” What a great blues song! In this version, there is a piano and horns so T-Bone’s riffs and solo play off the band.

When we think of "Sweet Home Chicago", we might think of Buddy Guy's great version as seen below. The above acoustic version is a classic example of the Robert Johnson boogie shuffle Keith teaches in his online lessons.

Muddy Waters – "Got My Mojo Workin"

ArtistWorks students taking harmonica lessons with Howard Levy will enjoy this as it’s all about the harmonica player in this 1960’s video. This is classic blues style where the guitar supports the singer and the harmonica leads.

Leadbelly – "House of the Rising Sun"

Most of us probably first heard the Animals cover version in the 1960’s. In the original version, there is some confusion about who is singing but the acoustic guitar acts as the backing band. In the Animal’s version, the guitar player “introduces” the song then plays rhythm and backs the organ.

Here is another song that most of us probably first heard when the Rolling Stones covered it. In both versions, the slide guitar is accenting the song while the drummer and bass player keep the rhythm and back beat going.

You can see Roy Orbison playing the boogie shuffle that Keith teaches in open position in this version. Can you figure out the key?

“What’d I Say” is classified as “Rhythm and Blues” but in this version (Junior Wells) the guitar player is playing the rhythm and melody that Ray Charles plays on the piano. You can hear the original below:

Many of us have probably not heard this Hank Ballard version which has horns and piano. In Stevie Ray Vaughn’s version, he and his electric piano player carry the song without horns—and Stevie doesn’t really play “horn riffs” as Keith has shown us. Stevie does use the boogie shuffle in open position though.

I got into playing guitar many years ago in high school through surf music and rock and roll. Life took over with three years in the army, college and then a career. Over the years, I fooled around with the guitar but never got better. I’ve always been drawn to blues and jazz. I started thinking about taking lessons and found ArtistWorks and Keith Wyatt’s blues guitar school. Keith is a serious musician who has been playing a long time. He is also a great teacher and patient with students – especially students like me who are studying the fundamentals.

ArtistWorks presents the blues guitar lessons in a great online format – I login to see the lessons, practice and then submit a video to Keith. Usually within a day or so, Keith posts a video critique of my playing the lesson. Submitting your first video to a great guitarist like Keith can be a little intimidating but Keith is straight forward and offers suggestions for improvement.

I plan on studying with Keith throughout his curriculum and then I hope to later begin studying jazz guitar as well.