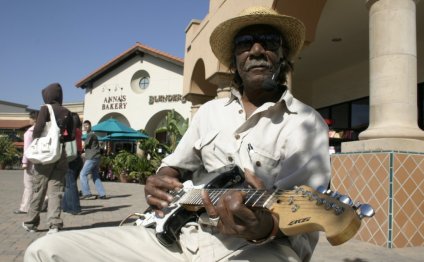 Welcome to the sixth video of the Blues Guitar Quick-Start Series. In this lesson, we’re going to shift our focus from rhythm blues guitar over to lead blues guitar by learning a shape for the blues scale. We’re going to look at the shape and learn where the root notes are on the fretboard.

The nice thing about learning the blues scale is that once you learn it, it’s easy to make it your own and create great sounding solos. In later lessons, we’ll go over how to start choosing your notes on the blues scale, but for this lesson just learn the shape and have fun.

There are several different blues scale shapes, but we’re going to concentrate on only one for this lesson. It’s better to know one blues scale shape really well rather than know all the scales but not be able to use them very well. If you already know the minor pentatonic scale shape then you’re a step ahead because we only have to add one note to it, the flat 5 note. This note is responsible for giving the blues scale it’s signature “bluesy” sound.

As I mentioned, if you know your minor pentatonic scale the blues guitar scale shape will be easy because we’re only adding one note in each octave. At the beginning of the scale, start with the lowest root note on the open E string and play that note. Place your third finger on the third fret of the low E string and play that note. Get those first two notes down and memorize where they are.

Moving to the A string, we have three notes to play here. With the minor pentatonic scale, there would normally be two notes, but this is where we will insert the flat 5 note. Play the open A string, the first fret with your first finger, and then the second fret with your second finger. Get those three notes down, and then add them to the rest of the shape.

Next is the D string and the notes here are pretty easy. Play the open D string and then the second fret with your second finger. Get comfortable with these notes, memorize them, and then add them to the rest of the scale. This now completes the first octave for the blues scale.

That’s the entire 6-string open E blues scale shape. When you’re looking at the diagram for this scale shape, you’ll see black, filled in circles. Those are the root notes of the scale. Your root notes are the open low E string, second fret of the D string, and the open high E string. As you practice and memorize this scale shape, be aware of the root notes. An easy way to help you learn where they are is to pause when you get to them, like I demonstrate in the video.

You can also play the same open E blues scale shape one octave higher. The only difference is that instead of playing open E string notes, your index finger will play those notes on the twelfth fret.

Your Teacher Duke Robillard is an award winning musician, artist and instructor. Duke s a two time Grammy nominee and has…