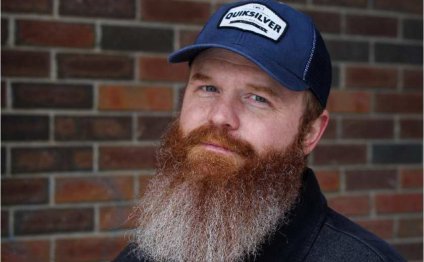 "Ian is a very unusual teacher & musician. When my father approached Ian at a Blues gig he was playing & asked him if he taught, he replied: "no", which was apparently the right answer. In my father's mind (& I may have come to agree), a teacher who spends all his time with students may not have (or take) the time to really get into what is special about a piece of music or the instrument it is played on. I was his only student in 1988 & our time together was brief. I studied under him for only 4 months before he vanished back to Wales & was not to be seen (by me) for 22 years. In those short 4 months he taught me 90% of what I now know. My mind has since expanded, as has my love for the instrument & the minutes, hours, days & years I have spent playing but my fingers were 90% of the way there by the end of my brief tenure with Ian. He taught me how to play what I loved to listen to. He never gave me theory based exercises (arpeggios & inversions etc) to practice but rather understood that to learn these things properly (like Charlie Christian, Wes Montgomery, Jimmy Page, Mark Knopfler, Jimi Hendrix etc) all one has to do is play the music that already employs them-and play it slowly, repeatedly & with discipline, for hours on end; and these tricks become a part of one's repertoire. Many musicians learn these things the "proper" way in college or university classical or jazz programs but the players we love almost all learned the way Ian taught me to, which is with records (tapes, CDs, iTunes etc). He taught me to listen extraordinarily closely-a tool I find many young musicians avoid out of impatience. In short, I cannot really overstate the importance of Ian's care & love for music. His eyes would roll back in his head while showing me how to do something as simple as bending a single whole tone on a G string. His passion was infectious & this is still reflected in his playing. I would not be anything like the player I am had I not learned what I did from him…

"This man's contribution to the music scene in this part is still being felt and seen when former students, now with their own groups, perform in Red Deer and I know that in a short while young guitarists under Ian's influence will be thrilling music lovers down in the Michigan area."
-Reg (former student)
Red Deer, AB, Canada

"Ian is a very gifted musician and was a great inspiration and role model for our son. His passion and quest for perfection brought our son to a new level of guitar playing."
-Christine (mother of current online student, Marcus)
Lacombe, AB, Canada

"Over the past couple of years we have had the opportunity to have taken lessons from Ian. He has been an extrodinary guitar teacher, mentor and all around great guy! He is patient, and willing to teach what YOU want to learn. He has high expectations of his students and pushes them to do the best they can. We would highly recomend Ian to any guitarist looking to learn country, blues, and rock."
-Devin, age 13 (former student)
Innisfail, AB, Canada

"Ian has been teaching my son Mike for a few months and Mike is really excited about all he has learned and how far he has come in such a short time. Quickly, Ian has taught Mike not only basic technique but advanced methods and difficult finger play and picking. Ian has a great style and obviously enjoys teaching. No books - Ian will write the notes of songs exactly at the level that Mike should be playing. A great teacher, Ian customizes each lesson and is showing Mike how to read music and play by ear. "

Guitar and Bass Lessons, Regina, SK B Sharp Music offers private guitar lessons (one student, one teacher). The lessons are…

The Rattle & Drum Music Academy is situated next door to our shop in central Derby. We offer one-on-one and group…