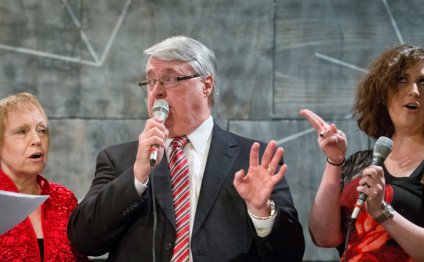 School of Rock Omaha's Performance Program is all about translating our students' abilities to play in the lesson room to performing for real on stage. In addition to refining their overall skill and proficiency as musicians, students learn what comes with being part of a band: teamwork, collaboration, and the special brand of fun that only comes from sharing awesome experiences with others.

Students learn, absorb, and perform iconic hits from some of history's greatest rock and roll performers including The Rolling Stones, The Beatles, Van Halen, AC/DC, Led Zeppelin and many more. No matter what they perform, our students will learn incredible skills and enjoy epic experiences that will last a lifetime.

All students in Omaha's Performance Program can expect:

School of Rock Omaha’s Rock 101 Program encourages fun and success for our younger students as they begin their journey. The days of traditional instruction with piles of sheet music are over. At School of Rock Omaha, we believe that playing real music is the only path to proficiency and a true appreciation for music.

In Rock 101, students select one instrument to study, and we begin teaching fundamentals: scales, chords, notes, time signatures, and all the rest. Our unique approach to music instruction teaches our students vital fundamentals through songs they know and love, not rote memorization. With real musical context in a fun environment, we give all of our students the knowledge they need to really pursue their passion for music.

All students in Omaha’s Rock 101 Program can expect:

• Weekly private music lessons on guitar, bass, keyboard, drums, and/or vocals
• Weekly group rehearsals to reinforce the fundamentals in a team environment
• A firm grasp of the basics of music theory and technique
• An understanding of what it means to play solo and in a group

Jordan Corbin-Wentworth provides world-class vocal instruction for singers based in Seattle, and around the world via Skype…

Singing and writing songs at age 5, Jennifer knew music was her passion. She studied piano, sang in choir and created her…