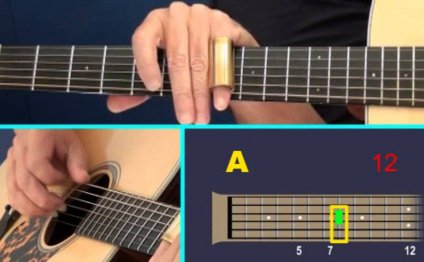 “He gets more of an open, slidey sound. But here’s the way to really tell: He played the Fender, and I played the Gibson. The Fender is a little bit thinner and brighter, a sparkling sound, while the Gibson is just a full-tilt screech.”
– Duane Allman on EC’s slide playing, interview

“This Boy, Willie Wilson, had a little thing on his finger like a small medicine bottle and he was zinging with it, you know. I said, ‘Jesus! Wonder what’s that he’s playing?’ I knew that guitars hadn’t usually been sounding like that. So I eases up close enough to look, and I see what he has on his finger. ‘Sounds good!’ I said. ‘Jesus! I like that!’ And from there, I got the idea and said, ‘I believe I want to play one of them things.'”

I’m not really an expert on slide guitar, so the following stuff is just for beginners. Slide guitar is an essential part of the Blues, I had to start with it. Duane Allman’s playing on “Layla and other assorted love songs” just blew me away, the same did EC unplugged. More than any other guitar technique it depends on the right feeling. The basics can be learned within a day, but to master it you need a long time.

Most slide guitar instructions start like “and now we use the open xyz tuning”. That means you can forget what you know about the fretboard and forget both your left and right hand techniques. You have to learn everything new. To avoid this, I’ll first explain slide guitar on standard tuning, so all you need is a slide. Open tunings (see below) give a different sound and have their advantages, but they are not better in every case. The late Muddy Waters for example played in standard tuning, also Duane and EC on some songs. Open tuning is often used for Delta Blues on acoustic guitars, because you need the bass strings in correct tuning. For soloing on electric guitars it’s not that important, so you can play in standard tuning. However, you have to damp some strings, which is usually done with the picking hand. That’s why most slide players prefer fingerstyle. Damping is more important in standard tuning, because you get dissonant intervals when the strings with all their overtones ring out.

You can use both acoustic and electric guitars, as long as they don’t have nylon strings. If you want to play much slide guitar, prepare a guitar just for this job. That means using heavier strings (no “super slinky”…) and a high action (distance of the strings to the fretboard). If you have an extra guitar only for slide, you can also try out the open tunings. If you have only one and play sometimes slide or want to switch between slide and normal playing, use the standard tuning.

Resonator guitars (i.e. a Dobro) are great for acoustic slide guitar, they give a loud, metallic “Delta Blues” tone due to the metal cones build in.

The advantage of slide guitar is that you can play it on old guitars with worn-out fretboards or even cheap guitars with bad adjusted frets. You don’t need the frets!

Slides are usually made of glass or metal. In the early days of Blues the players also used a bone (like Mississippi Fred McDowell, who gave some of his slide guitar secrets to Bonnie Raitt) or a knife. Glass and metal produce a different sound and it’s just a matter of your taste which you prefer. A general rule is that heavier slide create a better sustain.

The easiest and un-coolest way is to go into your guitar shop and buy one.
The coolest way, but hard to play is using a bottle.

Another way is to look around in your garage for a piece of tube, walk through a property market and look for heating copper tubes (you can make about 20 slides of 1 meter tube!) or visit a pharmacy and look for those little tablet glass bottles. You can also use the neck of a bottle (another expression for slide guitar is bottleneck guitar). There are lots of things you can use (Duane Allman, Derek Trucks and Rory Gallagher used a glass Coricidin medicine bottle, which unfortunately is no more produced, but you can get replicas!).

Which finger should I use for slide playing? You have the choice between middle finger, ring finger and the pinky. The index finger does not work, because you need a least one finger to mute the other side of the strings. All fingers have advantages and disadvantages.

As mentioned above most slide players use open tunings, especially on acoustic guitars when used for backing. That means all strings are tuned in a way that the open string notes belong two a major (or sometimes a minor) chord. That does not necessarily mean that they are tuned note for note using a chord! Some notes can be left out. The advantage is that with open tunings you can play basic chords using the slide including the bass notes, whereas slide guitar in standard tuning is better for solo guitar.

Scales and chords for most open tunings can be found right here at the scale generator. If you miss a tuning, drop me a note. I strongly recommend to use this tool, especially if you like open tunings. It also has a slide mode, where the notes are placed over the frets.

As mentioned before I’ll first focus on standard tuning. Let’s go: to play a chord we need at least 3 strings for a good sound.

Now we can do the same for the minor chords. E minor uses the open strings G-B-E, so we get the other chords in a similar way:

We all like graphics, so I here it is:
That’s our starter kit – all major and minor chords with standard tuning. If we start with solo guitar, we can still use what we’ve learned about scales in standard tuning. The scales are the same, but keep in mind that you have to position the slide right above the fret, not between.

BOTTLENECKING How to take your first slide into the blues by Glenn Weiser Late one night in1903, in the Mississippi Delta…